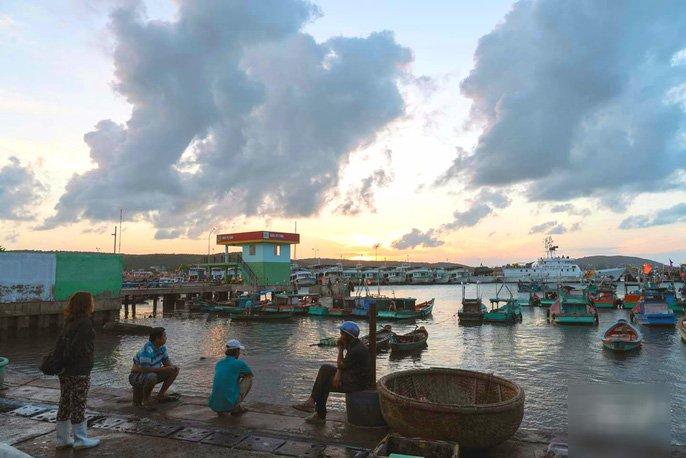 The prime time to visit is November to April when skies are blue, the sea is clear and diving at its best!

The dry season in Phu Quoc is typically November through to April, when the skies are blue, the sea on the west coast is very calm, diving and boating is at its best. We often get high temperature and humidity leading up to the wet season in March, April and in to May but its still a good time to visit just a bit hot!

The wet season usually starts towards the end of April to early May and continutes to October, sometimes even into November during this period however we can have some great sunny dry spells.

Temperatures in rainy season are much milder which makes it more comfortable for some people, but the rain can be heavy – particularly towards the end of the season in October, when you can expect a heavy downpour every other day. Heavy rain can also be dependent at times on storm activities further north usually in central Vietnam, during bad storm seasons up there Phu Quoc would tent to get lots of rain because of it.

At most times during the rain season the good weather is usually in the mornings and ideal for early touring or simply relaxation on the beach.

The northern interior, with its waterfalls and rich vegetation, is best visited in the wet season, this is when the rivers are their peak and the forests are lush and green – a stark difference from the dry season.

On the east coast, particularly Sao and Khem beaches, the sea is often calmer and clearer whilst the west coast can be quite rough, in contrast in the dry season the west coast is at its best with the sea like a lake! Of course, all this being said, the weather should never totally dictate when you visit Phu Quoc.